skip to main | skip to sidebar

and the key to world peace is... 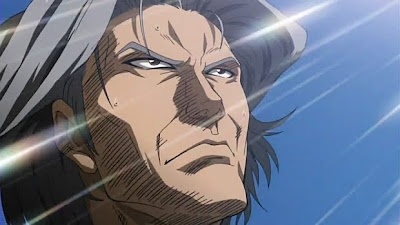 At least according to the Japanese.

The Legend of Koizumi portrays the Japanese ex-premier as mahjong whizz and all round super hero out to save the world against the North Koreans (who just don't play fair) while George W Bush buzzes around on a Segway with a couple of tumbles (well, at least some things are constant even in the world of fantasy)in a world where diplomatic relations are resolved through games of mahjong.

It's ingenious satarical nationalistic fantasy all bundled into non-stop hyper-activity, artfully blending the dramatic and the kitsch. Armchair philosophers could of course get all wrapped up in a discourse at length as to what the creation and success of such a manga reveals about the modern Japanese psyche, but really, just sit back and marvel at the free play of imagination without self-censoring boundaries which is such a trademark of Japanese creativity and hopefully always will be.

Good stuff. Watch it here.
Posted by the smokist at 1:57 AM No comments: 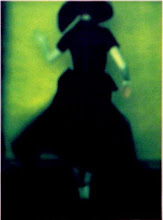 All fashion and art is primarily an illusion...
Smoke and mirrors...
But what wonderful reflections surfacing and dissolving...